From east to west, a look at some interesting Brundall homes and their history 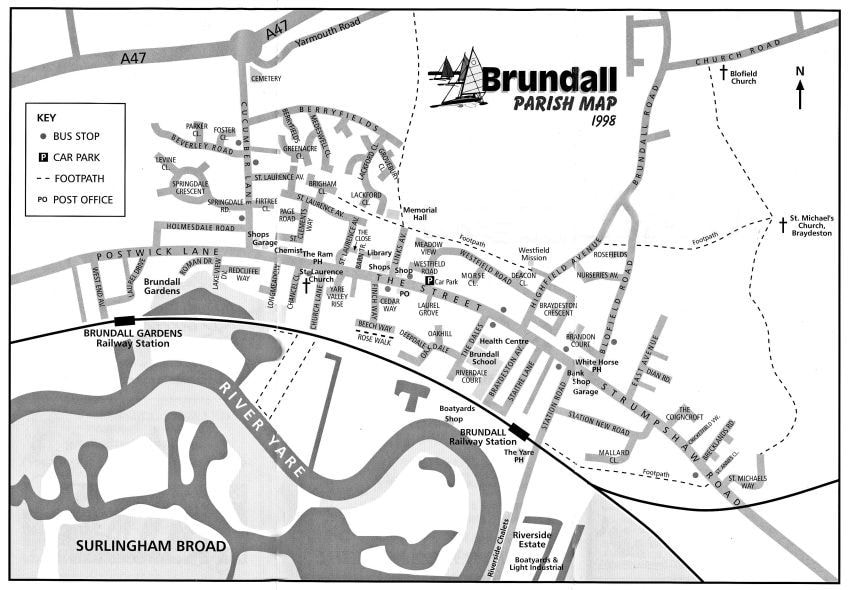 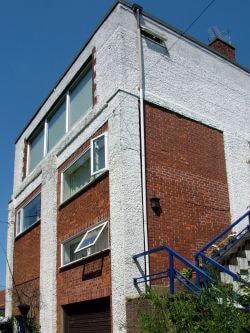 The Water Tower, Brundall
As you can see from the Parish Map above, Brundall is a long village.  The Street runs from Postwick Lane in the west to Strumpshaw Road in the east.  Most of the old properties are to be found in The Street with a few built in Victorian and Edwardian times on the roads off The Street.  It wasn't until the 1960s that developers found Brundall and started to build small and large estates to fill in all the gaps.  'Berryfields' to the north
of the village is the largest, and 'The Pastures' was developed near the roundabout at the top of Cucumber Lane.  The map is not completely up-to-date as it shows a bank at the top of Station Road, which closed several years ago.
​The Water Tower:
The first house in our tour of Brundall is in West End Avenue, Brundall Gardens, and was formerly a water tower supplying water to the immediate neighbourhood.
​It ceased functioning in the late 1950s and was converted to a private house in the early 1960s.
​ 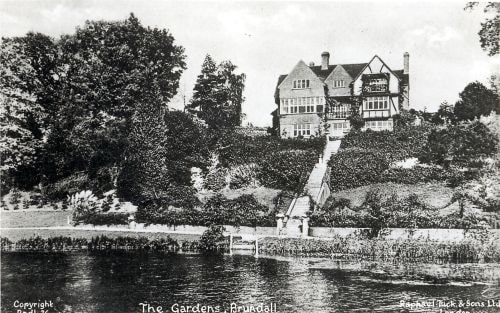 This is Redclyffe House.  Frederick Holmes Cooper, the cinema magnate, built this house to replace the Log Cabin which burnt down in 1919 just after he bought the estate, which had been developed by Dr Beverley as Brundall Gardens.
In 1969 Redclyffe House burnt down to be replaced by yet another house, this time called Redcliffe House (with an 'i').
The new house wasn't built for quite a few years, but eventually Alan and Linda Jones built it on the site of the old Log Cabin which, as before, has magnificent views over the Yare valley.
​The house has since changed hands.

Brundall House was probably our village’s grandest building but it was demolished in 1969 to make way for the Finch Way housing estate.
It is believed to have been built by a Norwich dignitary, Elisha de Hague, in about 1815-1820.  It had parklands stretching from the River Yare in the south to what is now Berryfields and the Yarmouth Road to the north.
Other illustrious owners included William Coleman, the inventor of Wincarnis, and Henry ffiske, managing director of Boulton & Paul.  Finally, it became a social club, but not before it had played its part in two world wars, being, in WW1, an auxiliary war hospital, and in WW2, home to soldiers of the Royal Engineers and Royal Artillery regiments.   ​ 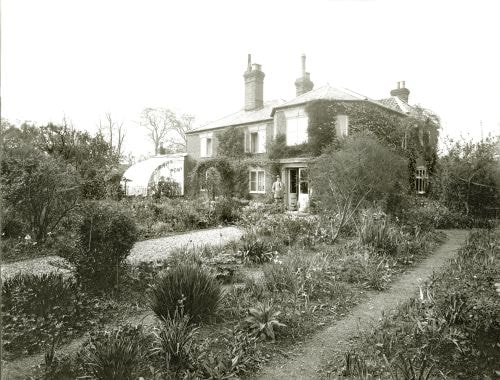 Opposite a supermarket in the centre of the village is Corder House.
There is a tree in the front garden called a Ginkgo tree and there was a conservatory which was taken down in 1960.  A fig tree, which would have been in it, still survives.
The reason for there being exotic trees here is almost certainly because of Edward Corder, who was a friend of Doctor Beverley of Brundall Gardens.  Octavious Corder and his wife lived at Corder House with their children Mary, Edward, Edith, Lucy, John and Grace.
Octovious, Edward and John were all pharmaceutical chemists and Mary and Edith were governesses.

This is a picture of Barn Terrace, a row of properties situated down a lane off The Street just before the entrance to the library.
The building was originally a barn and was converted to three-storey cottages in the late 19th century.
They were occupied by the likes of gardeners, labourers and railway workers and their sometimes large families.
On 17th September 1946 the thatched roof and upper storeys were destroyed by fire, and the residents were offered temporary accommodation in Brundall House just opposite.
​They were able to move back to their renovated properties in the spring of the following year.

Hillcrest is a familiar house to residents of Brundall because of its location at the centre of the village.
It is one of the oldest houses in Brundall. The earliest record of this actual
house is in 1648 although the property goes back even further.
There have been many alterations to it over the years.
Before being called 'Hillcrest' it had been 'Baker's Four Acre', 'Curtis House' and 'Belle Vue'. 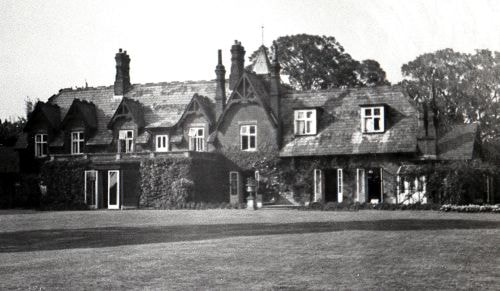 Riverscourt, built at about the beginning of the 20th century, is associated with the artist John Strickland Goodall, who is best known for illustrating the Miss Read books. (Miss Read was the pen name of Dora Jessie Shafe.)
Goodall's father, Joseph Strickland Goodall, a cardiologist, was the first person in this country to specialise in the diseases of the heart and his grave is in Brundall churchyard.
At one point Riverscourt was a school but has now been divided into two private houses.
This is view of the rear of the property. 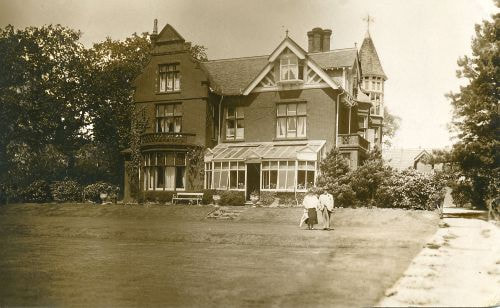 On Braydeston Avenue, which leads to the school, is Shiels Court, built in Edwardian times.
In 1911 Arthur Ernest Walker and his wife Isabelle Anne, aged 54 and 56, lived in nearby Riverscourt with two servants.
His occupation was ‘Malster’.  They had moved there in 1908.  He was chauffeur-driven to the Maltings at Bungay/Ellingham when the business was known as W.D.(his brother) & A.E.Walker Ltd.  This was a large
business and at one time had five wherries to transport their grain on the rivers.  In 1898 they commissioned the wherry Albion.  In 1922 Arthur Walker moved to Shiels Court.  He was a regular worshipper at, and supporter of, Blofield Church.  When he died in 1946 his estate was valued at £90,000. 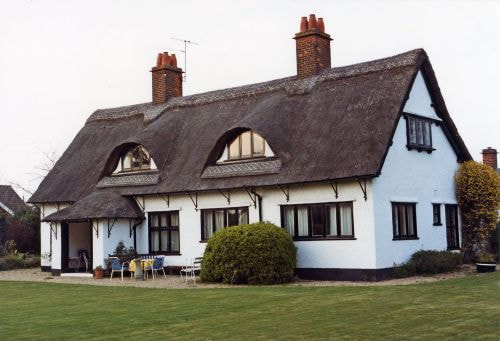 This house, called The Nether House, was built in the Arts and Crafts style at the early 20th century.
It is situated to the north of Strumpshaw Road looking a typical 'chocolate box' house.
The house, formerly known as 'Sunrest', was occupied by Mr & Mrs Howard.  Mrs Teruko Howard was Japanese and lived to be over 100 years old, but had by then moved into the bungalow next door.
In the later years The Coigncroft, a small development, was built on what was the orchard to Nether House.
Copyright: Nothing on this website may be copied or published without the permission of the Brundall Local History Group. This does not mean we will not give permission, but you do have to ask us. The archive material has come from many sources and there are many copyright holders.