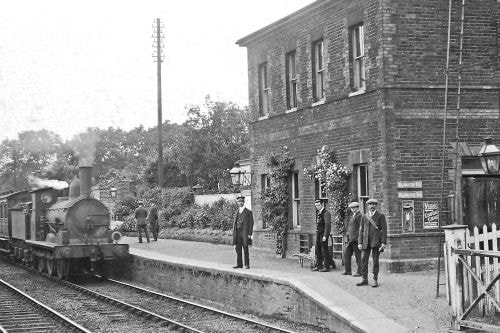 Brundall Station, c 1915. A goods train - T26 class No. 490 - is met by stationmaster William Miles and staff.
Brundall must surely be an unusual village in that it has two railway stations.
The line between Norwich and Yarmouth (now called 'The Wherry line') was opened in 1844, and went via Reedham, calling at many small stations on the way, including Brundall.

Authorised by Parliament in 1842, the route ran via Brundall, Cantley and Reedham and work began 1843. The original idea was to run the line alongside The Street in Brundall – but the residents persuaded the company to site it lower down, along the valley of the River Yare. A ceremonial opening took place in a gala day on 30 April 1844, with 200 guests travelling to Yarmouth in just over 55 minutes, the return journey taking only 44 minutes. The next day 1015 passengers paid their fares to sample the first railway in Norfolk: fares were 3s 6d first class, 2s 6d second class and 1s 6d third class, with four trains a day each way.
​
Brundall Gardens Halt owes its existence to an entrepreneur, Frederick Holmes Cooper, who had acquired the Brundall Gardens estate in 1917.
He persuaded the LNER bosses to open a 'Halt' near the popular Brundall Gardens, which 80,000 people visited by road or river each year. The Halt itself was of simple construction and Mr Cooper paid £150 per year for 15 years to  provide and staff it. Find out more about Brundall Gardens here.
​
Click on the pictures below to see a larger image and caption. 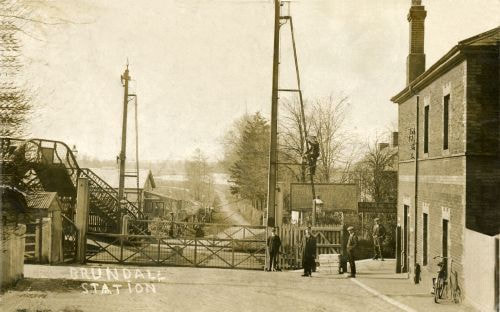 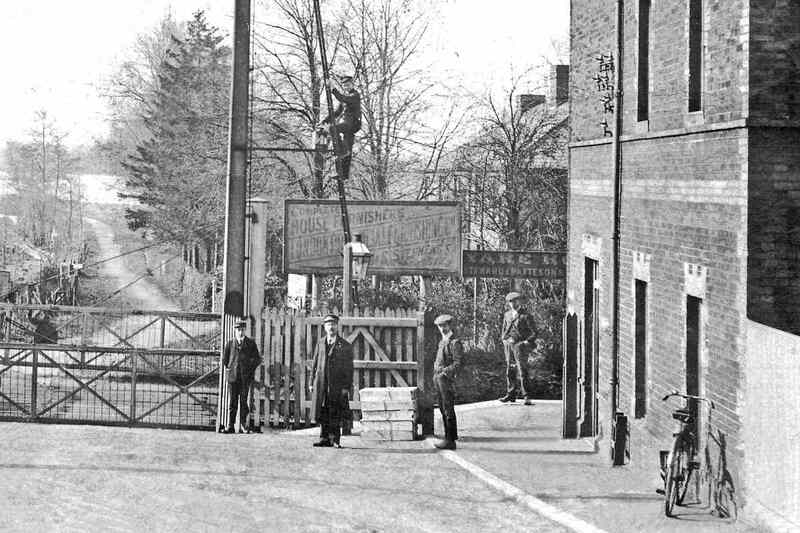 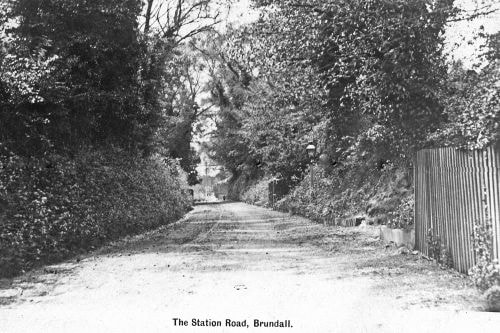 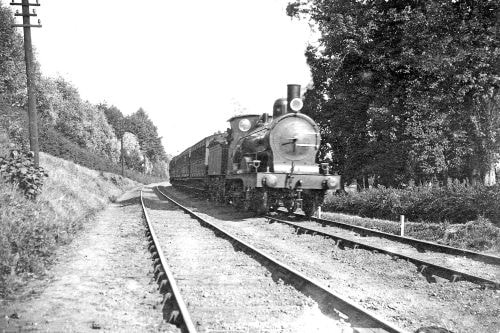 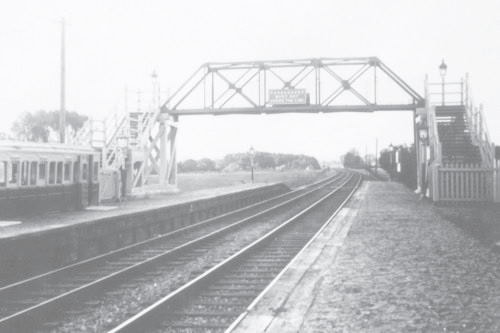 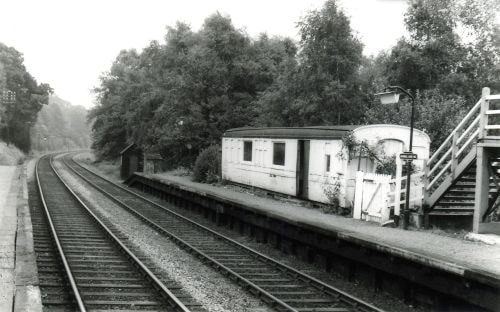 Why Brundall's signal box is so special 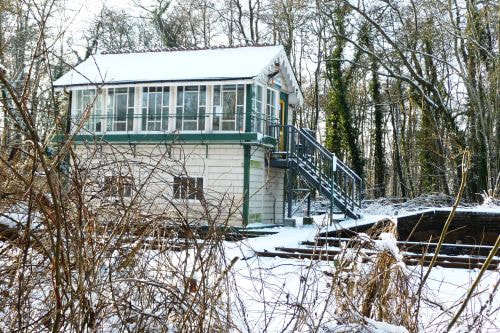 The signal box at Brundall station
On 26th April 2013 the signal box at the eastern end of Brundall station was given Grade II listed status under the Planning (Listed Buildings and Conservation Areas) Act 1990 for its special architectural and historic interest.
The signal box was decommissioned in 2020 as part of major works on re-signalling the line and automating the crossing at Brundall. It is hoped that it is to be moved and cared for by a Norfolk heritage railway.
The designation states: It is the best remaining example on the national network of the GER Type 3 signal box and it survives with a high level of intactness, retaining a good proportion of the distinctive fenestration, almost all the original decoration to the operating floor, and the 1927 lever frame.

Click on the pictures below to see a larger image and caption. 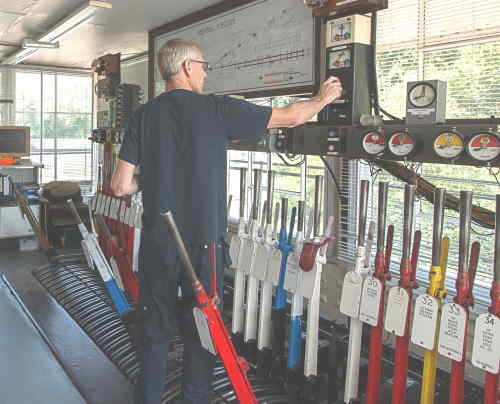 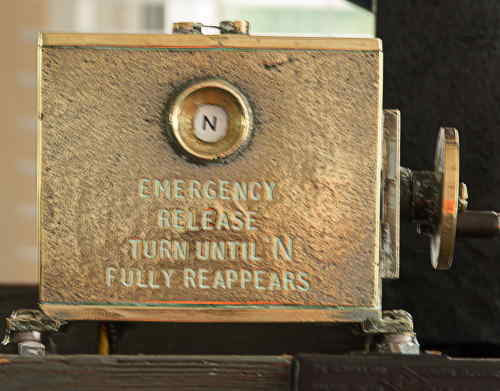 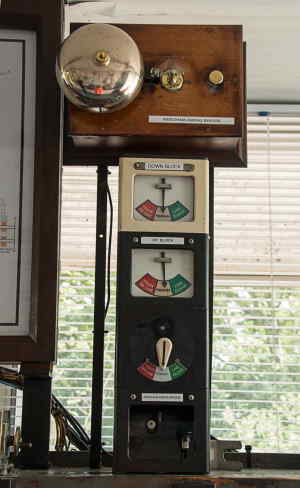 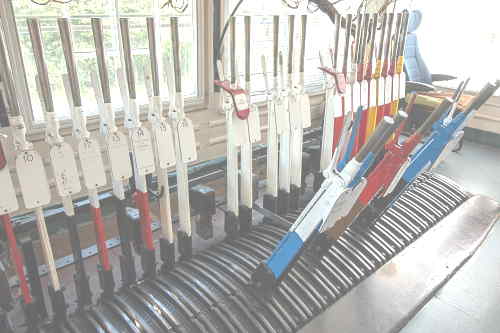 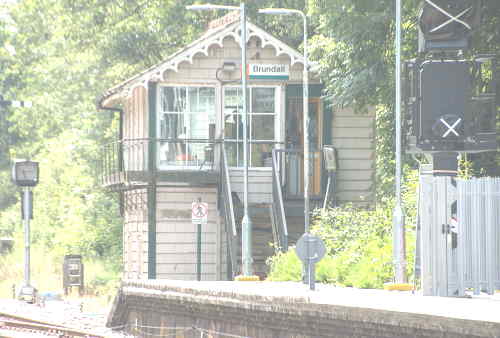 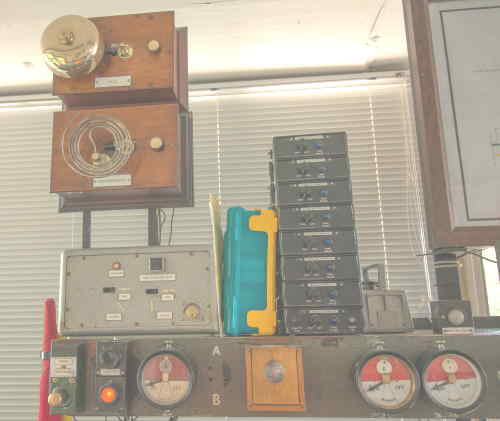 More detail about the signal box from English Heritage

Brundall Station was built in 1844 for the Yarmouth and Norwich Railway which was first amalgamated into the Norfolk Railway and, subsequently, into the Great Eastern Railway in 1862.  When the line to Yarmouth via Acle was opened in 1883, Brundall became a junction and the signal box to the GER Type 3 design was built.  This design was built only between 1882-3 and has two unique features: the form of timber cladding and the pattern of glazing bars.  The frame of the box is clad in timber, incised to resemble stone blocks, giving the effect of rustication to the elevations.  The window frames, rather than having the usual equal size panes divided by a grid of glazing bars, have unequal panes divided so that each frame comprises a large central pane flanked by six small margin lights.  This form of glazing bar pattern, which is common in domestic work in the 19th and early 20th century, is only found in this particular design of signal box.  The lever frame at Brundall was replaced in 1927.

Externally the signal box has a pitched roof with ornamental ridge tiles and finials and decorative bargeboards, although these have gone from the south-east gable.  The rear (south-west) side is clad in plain horizontal timber (probably because it is not visible from the track), and has a small timber-clad projection at the operating room level, added to provide lavatory facilities.

The box is painted overall in cream and green, the colours of the GER.  There are large horizontally sliding sash windows on three sides of the building: those on the north-east (front) and south-east sides retain their distinctive margin lights, whilst those on the north-west side have been replaced with six-light sashes. The locking room, at ground level, is lit on the front elevation by two large rectangular timber windows with four vertical glazing bars.  A window cleaning canopy runs around the front and sides of the box.  Access to the operating room is via a flight of metal steps on the north-west side.  The timber door, which is a replacement, has a glazed upper panel.

Internally a false ceiling has been inserted but the original timber-clad ceiling is intact.  There are late 20th century fitted cupboards and a desk along the south-west wall.
Copyright: Nothing on this website may be copied or published without the permission of the Brundall Local History Group. This does not mean we will not give permission, but you do have to ask us. The archive material has come from many sources and there are many copyright holders.