The gravestone in Brundall churchyard reads: In Memory of John Frederick Moy who was accidentally shot, August 21 1875, aged 11 years
‘In Memory of John Frederick Moy who was accidentally shot, August 21 1875, aged 11 years’ is the intriguing wording on a small grave in Brundall Churchyard. In the EDP of August 24th 1875 there is a report of the inquest into this very sad event.
On the previous Saturday afternoon John Moy, who lived in Plumstead Road, Witton, was in the back kitchen of the cottage of his friend, George Glasspoole, aged 13, in Brundall.  George’s father was in Norwich and his mother was out gleaning when he ‘got a gun down from the bedroom, loaded it with powder and shot, and put a cap on.’  He intended to go and shoot in the back garden but John asked to have a shot and proceeded to take hold of the gun by the end of the barrel.  George ‘at the time had the cock partly pulled up with his thumb upon it’.  When John got hold of the gun the cock slipped off George’s thumb and shot John dead.
George had no intention of harming his friend and had told him to leave go of the gun.  When he saw what had happened he understandably panicked and ran to the house of Mrs Jane Dingle of Braydeston, the wife of the landlord of The White Horse.  (Then, the White Horse was the  thatched building in the centre of the village which is now a restaurant.  A provisional order was made on 3rd September 1877 for the licence to be transferred to new premises to be erected near Station Lane and this happened in 1880.)
George told Mrs Dingle that an old man had come in and shot his friend.  ‘He afterward contradicted his statement saying it was no use telling stories.’  John’s father, William, said that the boys were the best of friends, never used to quarrel, were nearly always together, and were like brothers.
​The gun had been lent to George’s father, John Glasspoole by a neighbour, John Harper (landlord of The Ram at the time), to frighten birds away with.  The jury returned a verdict of ‘Accidentally shot’.
According to the census for 1871 John Glasspoole, a market gardener, lived with his wife Harriet, sons Obadiah, Ebenezer, Robert, and Herbert who were all agricultural labourers or gardeners and Henry and George and daughter Frances who were ‘scholars’.  By 1881 there were just John and Harriet with Herbert and George who were now agricultural labourers living at no. 8 The Street.  The position of the house in relation to other buildings suggests that it could well have been opposite what was then The White Horse.  Research into ‘Inglebank’ for the book ‘Houses of Brundall and Braydeston’ connects the Glasspoole family to the land there so even if they didn’t actually live in what is now Inglebank they could well have lived in a cottage nearby.

The headgear named after Brundall 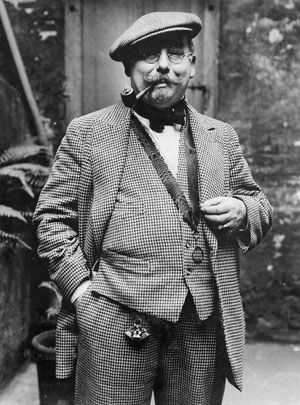 A glimpse of past family life

An enquiry led me to revisit a story that had been told to me when we were preparing ‘The Book of Brundall’, writes Barbara Ayers.  The rather charming photographs were taken on Monday September 14th 1925 by William Watson Tripp, father of John Tripp, the source of my information.  William was an artist, printer, and Methodist lay preacher, who, in the 1960s lived in Stafford Road, Great Yarmouth.
Our story is about Eva, his sister, John’s aunt.  The photographs were taken in Brundall Gardens where Eva worked as a ‘domestic’ at Redclyffe House.  The elderly lady is Mrs Wright who lived in a residential home in Yarmouth.  They had brought her to Brundall Gardens for the day as a treat.  Eva posed outside the little cottage, which was actually the pottery museum, pretending that it was her home.  At the time, of course, she would not have been able to aspire to having her own house.  ‘The Book of Brundall’ tells us that ‘The cottages, dotted about, which formerly housed marshmen, were used as summerhouses and picnic places and one was converted into a museum to display the pottery dug from the gardens’.  There is also a picture of Eva with a family friend and her sister-in-law, Dorothy Tripp,
Going into service wasn’t Eva’s first choice of job or even her first employment.  John told me that she had wanted to be a nurse but the doctor who inteviewed her said she had to undress and have a medical examination and she wasn’t having that!  Then she worked as a seamstress making mourning clothes in black silk but didn’t get on very well because of course black is a very difficult colour to work with.
On August 6th 1925 Eva had married Henry Charles Dennington, the gardener’s son.  This was against Henry’s father’s wishes as he had a girl with money lined up for him!  Eva, and Henry, an aircraft engineer, moved to Wolverhampton when the aircraft manufacturer Boulton & Paul transferred there.  After the war he left the aircraft business fearing that work would cease and became a gardener at Whitwick Manor in Tettenhall Wood, Wolverhampton.  Eva and Henry were deeply religious, Eva being a lay preacher at many of the small chapels in the Black Country and Henry involved with the congregational chapel in Tettenhall Wood.  Eva and Henry had three children, Bernard, David and June.  It is June’s son, Jeremy Marple, who contacted the BLHG website and gave us some of this information about his grandmother, Eva.

Can you solve the mystery of the plaque?

In the First World War Brundall House was an auxiliary war hospital - to see photos of the soldiers and Brundall House, click here 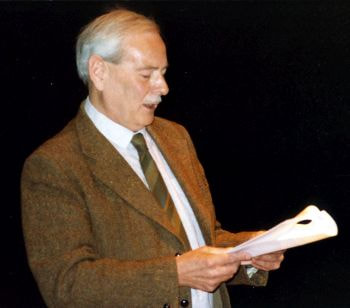 Many people will have seen Alan Hunter walking around Brundall, possibly puffing on his pipe, but few will have realised who this unassuming man was, and fewer still would have known him.
From 1974 until his death in 2005, he lived in St Laurence Avenue with wife, Adelaide, and daughter, Helen. He was, in fact, the author of the George Gently novels, writing 48 books about the detective over 40 years.
​Unfortunately he didn't live to see his creations on television. Gently is played by a Norfolk actor, Martin Shaw, but the location has been moved to the North East whereas Norfolk was very much the inspiration for much of Alan’s work.
He was born in Hoveton St John and had five older sisters.  His father was a poultry farmer and his uncle, Percy Hunter, a Ludham boatbuilder.  After helping in the family business when he left school, Alan volunteered for the Air Force at the outbreak of the war.
He married Adelaide in 1944 and they lived with her parents at The Shrubbery in Strumpshaw Road until they moved to ‘Fairwinds’, a bungalow two doors from the Ram.
​They were to own bookshops in both Norwich and Cromer before finally settling in Brundall again.

Brundall may have a busy health centre now but there was a time when the village didn’t even have its own GP. It was served by Blofield doctor, Robert McKelvie, and then his son Dr John McKelvie. The Blofield practice held surgeries in Dr Robert McKelvie’s house (St Ninians), an outbuilding at ‘Uplands’, and Links Avenue, at various times until the 1960s.

It was in 1924 that the medical practice, which was based in Acle, decided that Brundall needed its own doctor and 'Bradesfield', a house in Blofield Road was built. In the 1960s the workload started to become too great for the one doctor, Dr Ian Gray, and he was joined by Dr David Varvel in 1969. The Health Centre in The Dales opened in 1980 and by the time Dr Gray retired in 1985 there were three more doctors working there, Drs Rigby, Harston and Ashman.

Dr Joyce Lambert and the story of the Broads

Dr Joyce Lambert
Although born in London in 1916, Dr Joyce Lambert, botanist and ecologist, was brought up in Brundall, staying at her grandparents’ house in West End Avenue.
She went to Norwich High School for girls, studied botany at the University of Wales, and later took a doctorate at London University.  In 1961 she was appointed lecturer in botany at Southampton University.
In the 1950s, supported by Cambridge University, she confirmed by stratigraphic sampling that the Broads were man made, the result of peat diggings. Some of her investigative borings took place at Surlingham Broad.  Her theory was at first greeted with scepticism.
In 1979 she returned to live at the bungalow, ‘Toft Monks’, in Brundall, which her grandfather had built.  She never married.  She was a lively personality, short and broad of stature, whose mental faculties were sharp to the end.  She was also a keen supporter of Norwich City!
Copyright: Nothing on this website may be copied or published without the permission of the Brundall Local History Group. This does not mean we will not give permission, but you do have to ask us. The archive material has come from many sources and there are many copyright holders.